Taunton has a fairly basic network of cycle tracks and it is generally possible to get around the town avoiding busy roads, but there are certainly a lot of improvements that could be made to Taunton's network of cycle paths.

Last week I did a circuit round the town with the goal of trying to avoid busy roads where possible.

Starting from the Holway estate there is a reasonable cycle path (shown below) linking Upper Holway Road with South Road.   This avoids having to use the busy Chestnut Drive route and is a fairly nice riverside route flanked by the Hillyfields estate on one side and Kings College playing fields on the other side. 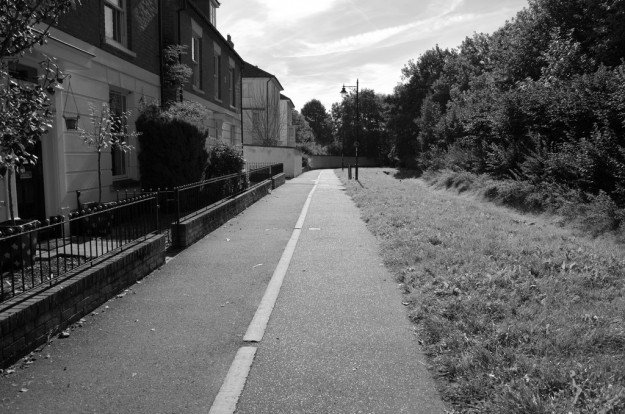 This path exits pretty much opposite Mountfields next to a zebra crossing.   I have never been much of a fan of zebra crossings as they present a risk to pedestrians that motorists simply do not stop and I don't think they can be legally used by cyclists, even though many cyclists use them, but there is even less guarantee that motorists will stop.   I'd much prefer them to be replaced with signalled crossings.

After crossing South Road into Mountfields Road there is a very short side road called Mountfields Park which has a mainly gravelled surface and there is a short cut through leading to Calway Road and the start of the quite decent cycle track linking with Mount Street and Vivary Park (shown in the photo below).  The cut through is annoyingly marked "no cycling" which is a pity as there would otherwise be an almost continuous cycle route from the Killams Estate to the town centre.   The only alternative route is along South Road which is a very busy road. 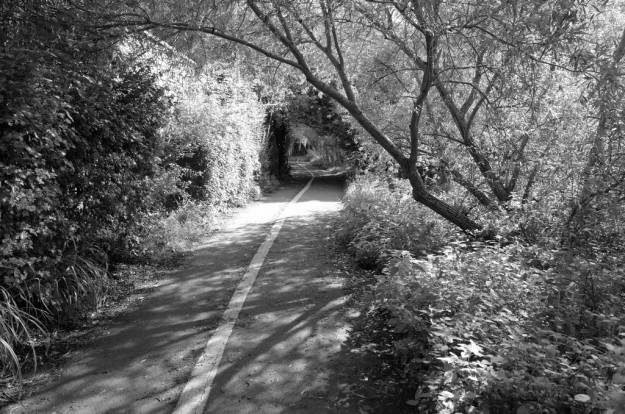 Vivary Park is ideal for cycling as there are a network of very wide paths all over the park.    There is a wooden bridge over the stream near the bowling club which leads past the "high ropes" linking to Fons George, Churchill Way and Sherford Road which form a cyclist friendly link with Trull Road. 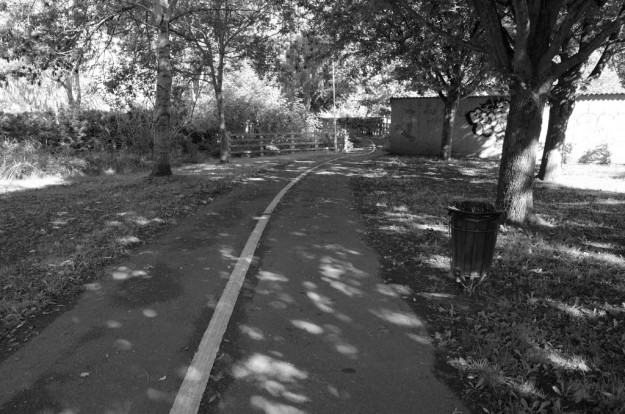 The above track pretty much takes you to the far edge of the town.   If you then follow Comeytrowe lane northwards there is a steep climb which takes you to the A38 crossing at Bishops Hull Road.  If you follow Bishops Hull Road this takes you down to Silk Mills lane, which is now no longer a "lane" but is in fact Taunton's ring Road so it is just as well there is a cycle track (as shown below) as this is one of Taunton's busiest roads.    The cycle track is on the "non town" side of the road which seems an odd planning decision as there seem to often be more cyclists on the other side of the road which is legally not permitted for cyclists even though it is a wide pavement with very few pedestrians. 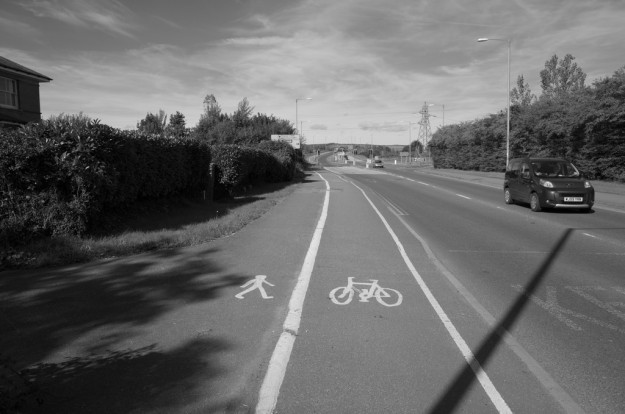 Once you have crossed over the main rail line bridge there is a cycle track leading to the Langford Mead estate.   This road will eventually bypass the village of Norton Fitzwarren but currently is a dead end road, but it luckily has a good cycle track which I expect is now a planning pre-requisite for any new major urban road project.     Much as I like cycle tracks one annoyance is those "tactile paving" slabs which have "tramline" grooves on the cycling half of the track.   All I can say is beware of these grooves when it is wet!    I normally switch to the pedestrian half to cross these slabs as the grooves are perpendicular to the direction of travel so much safer. 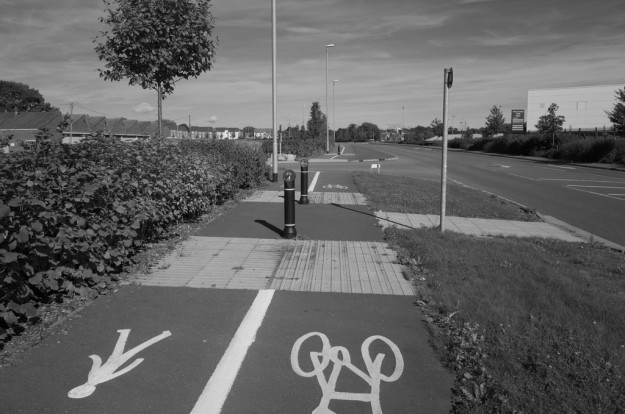 At the moment there are very poor east-west cycle links in the Northern Half of the town and cyclists have the option of using Greenway road  which is about as far from cycle friendly as a road can get, with nose to tail traffic and parked cars, so any cyclist who is not ultra confident and fast will end up getting bullied and squeezed by traffic (a lot of it being heavy goods vehicles) trying to get past them.

Below is a picture of the new Northern Inner Distribution Road or "NIDR" which is partially built but will hopefully provide a safe East-West link for cyclists in the northern half of the town.   As shown it has a very good cycle track and hopefully it will have a similar track alongside the currently un-built part. 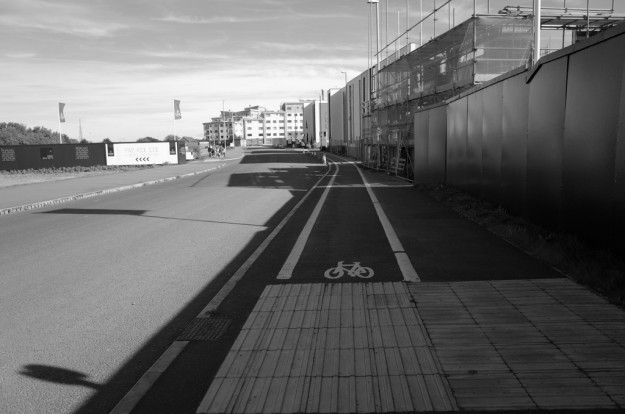 Finally this picture below shows the "Third Way" with a perfect example of how NOT to build a cycle track!

The road has nice wide pavements yet the silly planners choose to paint a white line on the road itself and pass it off as a "cycling facility".

This is a complete waste of paint as 90% of cyclists seem to use the wide safe pavement anyway so why bother painting a white line on the road?    I wonder if any of the road planners actually cycle?

I find that painted cycle lanes on a road actually encourage vehicles to pass closer as they will drive right up to the white line and any road debris also ends up in this area until swept away. 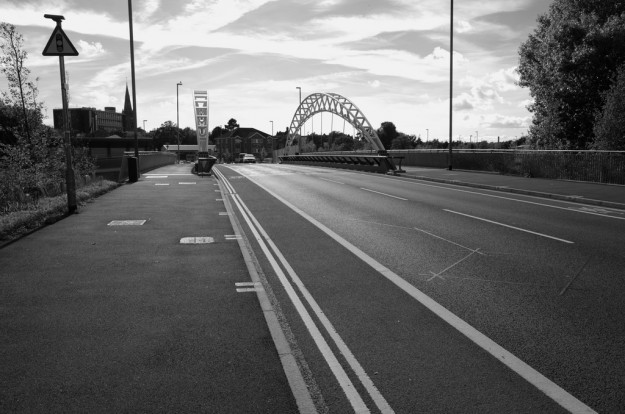