The Culprits are a 4 piece rock covers band from East Devon, and it was almost exactly a year since they did their first concert.

Yesterday they returned to the same venue, the Port Royal, which is the clubhouse of the Sidmouth Sailing Club.

Last year they played indoors in the bar, but this year they were actually playing at the front of the clubhouse, literally on the street facing the sea front.

The evening was part of a 2 day "regatta" event which included fancy dress raft racing and beer luggers. 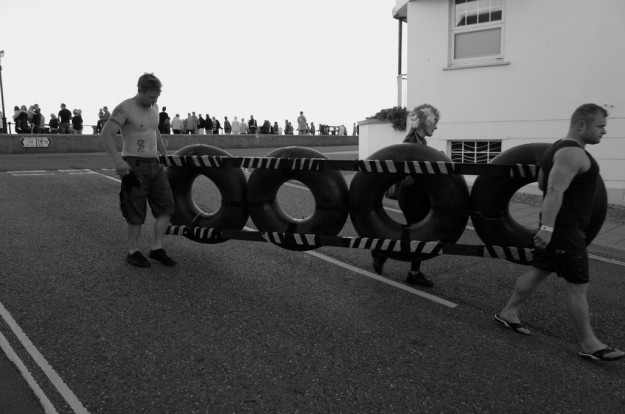 The Culprits took to the outdoor stage at about 7.45pm while it was still quite light. 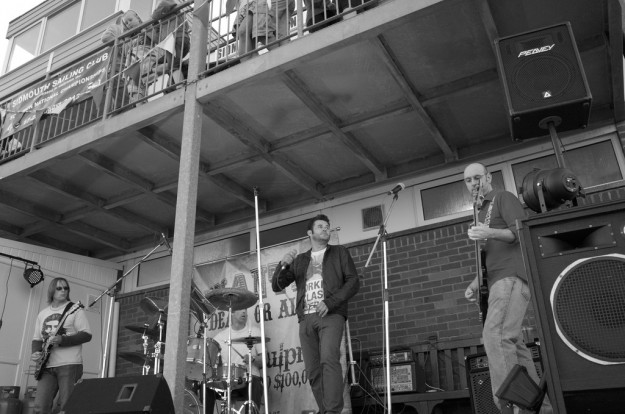 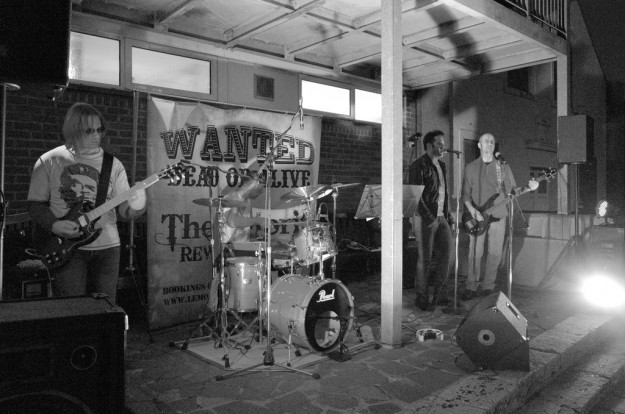 At about 9.30pm there was a break while the crowds were moved to make way for the grand firework display.

At about 9.45pm the band took to the stage again for a few more songs to round up the evening.

After all the fireworks the crowds were certainly in a party mood as they were dancing in the streets.

The band finished playing at about 10pm and the evening was certainly a success, with large numbers of people watching the band from along the sea front.