I'm hoping to try the Bristol & Bath cycle path, but a more local version is the Bridgwater & Taunton Canal.  The weather was forecast to be pretty dire, so waterproofs were the order of the day, although the weather was not as bad as foretasted.

The plan was to cycle from Taunton as far as the canalside "Boat & Anchor" pub near North Petherton and then cycle on to Bridgwater station and catch the hourly "sprinter" service back to Taunton. 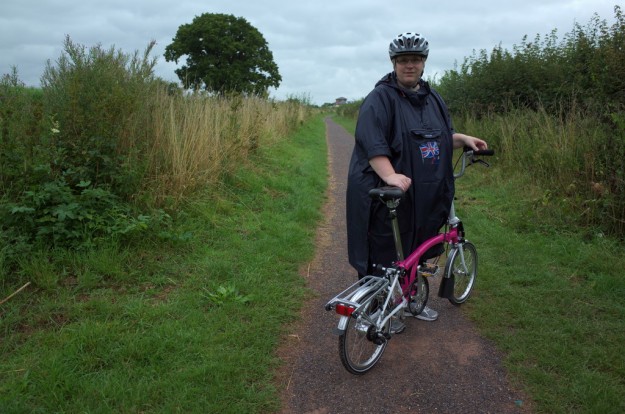 However once we had consumed some decent Butcombe Ale at the Boat & Anchor it was decided that we may as well cycle back to Taunton rather than catch the train.

Quite a lot of the path has a reasonable surface but there was a section just west of Cogload Junction that had been recently resurfaced (as shown below) and the newly laid gravel was still quite loose.   This made cycling quite a lot of hard work and meant that the speed had to be kept low as the loose gravel can affect the Brompton's steering, so speed was more like 5mph for this bit instead of the typical 10mph speed for the rest of the path.    A mountain bike could have gone faster but I did not want to damage the week old Bromptons by thrashing them over the path. 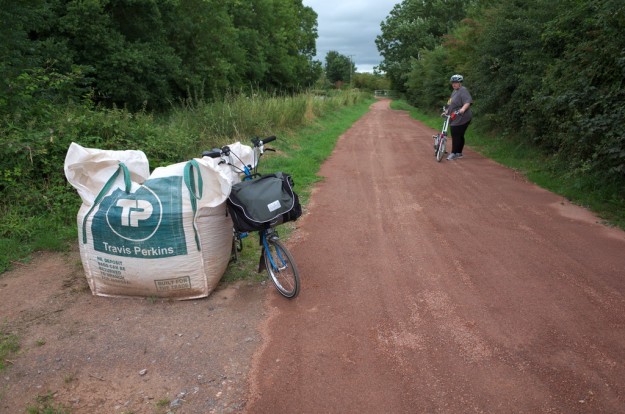 I did not see any other Bromptons on the path, but another group of cyclists seemed surprised when they said "Hey a Brompton!!" as they passed.